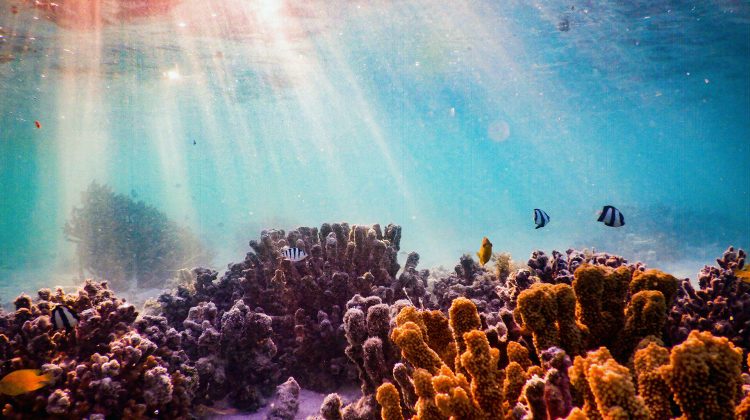 My wife and I have a list. It’s a list of a hundred things we want to do before we die. Most are exotic, like #10 – Climb Mount Kilamanjaro, and #15 – Heli-ski the Bugaboos. Some are, shall we say, less than striking, such as #83 – Spend a week at a health resort (I make no claim on that one). And others should really be removed, as in #38 – Go parachuting (please), and #27 – Surf Pipeline (my body would be wedged in a lava hole). Once in a rare while we get to cross an item off the list. My wife cajoled me into bungy jumping, and with a permanent black ink marker I put a line through #31 – Go bungy jumping. We moved to New Zealand and #7 – Live in a foreign country, was crossed out. We spent a month in Europe and there went #12 – Spend a month in Europe. The list has become not just a mere to-do list, but also a catalog of accomplishments; with each checked item, a tale of triumph and inspiration goes with it…at least that was until #62 – Dive the Great Barrier Reef.

#62 by anyone’s reckoning should have been an easy one to bag. The cost of getting there the only major hurdle, but now that we lived in New Zealand #62 was only a wedge shot across the Tasman Sea. However, as it turned out, we were ill informed, ill equipped, and suckered in by a glossy three-leaf brochure.

I wasn’t aware of the threat of cyclones that rage down out of the tropical north with regularity in the summer. I didn’t know the beaches were closed in Northern Queensland, also in summer, as the box jellyfish moves in close to shore to feed. In all of nature, there is nothing more deadly than the box jellyfish. I’ll take a dozen agitated asps in my sleeping bag over a lone box jellyfish. No more then 20cm in height and shaped like a small box with long thin tentacles, an encounter with a box jellyfish is – quite simply – death, in two to three minutes more or less. I didn’t know this, I didn’t know any of this, I only knew what was on my three-leaf brochure.

A tropical disturbance well offshore has stirred up the wind and seas, but that doesn’t stop half the state of Iowa and us from boarding the boat to the Great Barrier Reef. “It’s not too bad,” I say with confidence, I leaf through my brochure with sunbathing smiling people for reassurance. “Besides if it was really bad, they wouldn’t take us out.” My wife manages a feeble nod.

The boat sets out, it’s rough, but nothing that would ruffle the scruff of an old sea dog, however some of the less seaworthy folk are already looking pale. The to-and-fro motion rocks my daughter to sleep on my chest. My wife has momentary feelings of nausea, but retains her composure. After about an hour out, a loud speaker above us crackles to life, “If you would like to see a short feature presentation of ‘The Living Reef,’ please proceed to the upper deck. Viewing is in five minutes.” My wife and I look at each other, shrug, and make a move, anything’s better than sitting here speculating if the guy slumped over next to me is about decorate my shoes.

We walk upstairs holding on to railings, rungs, and arms of other people. If the lower level is a hospital waiting room, then the upper level is a triage unit, people are lying everywhere, moaning, wishing for death. The film has started and the narrator is talking about starfish and no one is paying attention, but to be fair, I think a nude erotic circus act would have elicited a similar amount of interest. With my daughter still clasped to my chest, my wife and I decide this is a bad idea, we head back down below to our original seats, and I go back to speculating.

The engines die down and the reef platform, our destination, comes into view. The platform is permanently anchored at the reef and has a cafe, diving facilities, and lounge chairs generously dispersed throughout. I read about it in my brochure, I pull the tattered thing from my shorts pocket and stare longingly at an aerial picture of this very place, people swim, frolic, and recline as the sun plays across the reef. I stuff the brochure away as green huddled masses walk past and disembark the boat. We follow and step outside into the wind and rain, running for cover on the platform. Metal groans and creaks beneath my feet as swells pass underneath. We find a covered table near the cafe, park ourselves, and then look at each other as if to say, now what?

Item #62 states quite clearly, *Dive* the Great Barrier Reef. I know in my heart that sitting at our little table on the platform wouldn’t cut it, in order to earn the check I would have to get in the water. I beat my wits out of bed and gather ‘em up. “I’m gonna go skin diving,” I say in a mechanical voice.

My wife looks at me for a moment and says, “I’ll be right here.” I hoist myself up, and head over to the diving area. All the equipment is available, snorkel, fins, mask. Rope and buoys mark the supervised diving area, anything outside of that looks like an embrace with death with the threatening skies and roving dull gray swells. Out to sea I see massive breakers chewing at the reef’s edge.

“Should I be concerned about box jellyfish?” It had to be asked.

The guy supervising the safe swim area looks down at me from his chair. “Ahhh no mate. They’re mostly inshore along the beaches.” All I hear is mostly.

Snorkeling in a one-meter swell requires constant care because you never know when a glug of seawater is going to come unannounced down your snorkel. The visibility is limited, but still a good twenty feet. I potter around at the surface for a while taking in the myriad of coral and fish; then I slip beneath the water and into a silent realm. I dive straight down into a wide fissure in the reef, walls of coral tower above me as I swim the length of the gap. The portentous feeling above is lost down here, the cyclone of the century could rage above, but down here the fiddler crabs would still fiddle and flounder would still, well, do the things flounders normally do. I rise to the surface, clear the water in my snorkel, and as I begin a great intake of breath a swell overtakes me sending a liter of saltwater down my snorkel. I rip the mask off and sputter, hack, and wheeze my way back to the platform, my diving for the day, done.

Lunch is served back on the vessel in a cruise ship like fashion. The food line is sparse, however the pickings many, salad bowls of shrimp, a tidal wave of fruit and veges, and a carpet of salmon. I’m aware that everything I eat could make a reappearance on the way home, but I’m powerless to stop myself. Somehow eating seafood while on the sea seems less troublesome. After lunch my wife is feeling confident and takes a dip in the water, then we loiter around the platform, out of the weather, waiting to leave until finally the loudspeaker tells us to do just that.

We load back onto the boat and leave the tipsy platform behind. The seas have become such that the same old sea dog I mentioned earlier would now be in the wheelhouse, hands on the wheel, mumbling to himself. My daughter must think the world is a rocking chair; she falls fast asleep once more on my chest. It’s Victory at Sea outside the window; the rain rides the wind and hurls itself against the boat. I don’t move, I wedge my knees against the table and try not and think about the salmon bisque I had for lunch. I talk with an old guy sitting next to me who turns out to be a retired farmer from Michigan, I welcome the distraction until he begins telling me about – of all things – the last time he got seasick. “…it hit so fast, I went down below decks, and then BOOM,” he smacks the table for effect, “it hit like a ton of bricks. I raced back up and didn’t quite make it over the side…” I slink lower in my seat. I reach into my shorts pocket to retrieve my brochure to see what could have been, should have been, but it’s gone. It must have been blown out of my pocket, adrift now in the sea of lost hopes.

As we drop down into the belly of a wave, I think to myself, here I am on the Coral Sea at the Great Barrier Reef, one of the natural wonders of the world. I should feel fortunate that mine eyes have seen such a marvel…but somehow when you’re on a boat loaded with American tourists chumming for sharks over the side, and crewmembers stalk the aisles with plastic gloves on, distributing disposable bags and looking under tables, some of that aura is most definitely lost.

But not to worry there’s always #25 to look forward to – Attend cooking school in Tuscany. What could possibly go wrong at cooking school?

About the author:
Douglas Sassaman is a freelance writer, aspiring novelist, and self-described humorist (who some think should be self-committed).