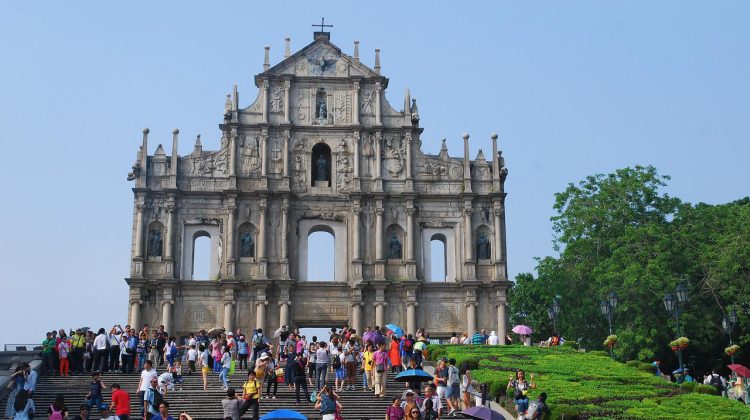 For some time now, Macau has been building itself up as one of the most prominent destinations in Southeast Asia. That doesn’t mean it’s necessarily trendy, or up-and-coming, but it’s hard not to notice it. Like some other sprawling Asian metropolises that are essentially city-states — such as Dubai, Singapore, or Hong Kong — it’s a place that simply seems to keep growing and attracting more attention.

What’s fascinating about this particular destination though is that the primary driver of its growth is, to some travelers, the least interesting thing about it. Macau has essentially become the Asian alternative to Las Vegas — a booming, over-the-top casino town, and a playground for the young and wealthy. At this point, the argument can even be made that the cluster of towering, luxury casino resorts in Macau has surpassed the Vegas Strip for pure excess.

It’s all rather impressive, particularly given that so much of the growth has happened in relatively short time. As stated though, the core of modern Macau — the casino growth — is really the least interesting thing about the destination to travelers who aren’t specifically seeking out some time at the resorts. The sneaky truth is that Macau is also an excellent cultural destination where unique attractions and experiences and great food and drink can keep you busy even if you never step foot in a casino.

The following are some of the gems you can seek out around Macau while everyone else is dropping a fortune at the casinos.

The Ruins of St. Paul’s

If there’s one symbol of Macau people tend to recognize aside from the casinos, it’s the colonial-era, standalone facade that represents the ruins of St. Paul’s cathedral. It’s a stunning monument to a bygone era, and a genuine treat for those who like a bit of history and culture in their travels. St. Paul’s was originally built in the 1600s, and was largely destroyed by a fire in the 1830s. But what’s left has been preserved in fantastic fashion.

St. Paul’s isn’t a lone attraction either, though. As was pointed out in another look at things to do in Macau outside of the casinos, it’s actually one of many “relics of Portuguese colonialism” you can find in the city. It’s far and away the most spectacular, but there’s something to be said for touring other Portuguese remnants as well.

Building on the idea of checking out other remnants of Portuguese colonialism, it’s a good idea to simply explore the sprawling network of attractions known loosely as the “Historic Centre” of Macau. This is an area that has collectively gained recognition as a UNESCO World Heritage Site, and one that is home to both Catholic churches and old Chinese temples. In addition to St. Paul’s, the colorful Buddhist temple known as the A-Ma Temple is arguably the area’s main attraction. It predates Portuguese occupation, and today makes for a peaceful and fascinating stop (even if it’s often hosting throngs of tourists).

Macau isn’t typically sought after as a beach destination — at least not primarily. However, Hac Sa Beach (the city’s only natural beach) is a wonderful place to spend some of your time. It is actually best known for its natural black sand, though over the years this has been mixed with yellow sand brought in to help stave off erosion. The result is a little bit strange looking, but this doesn’t take away from the relaxing, natural quality of this lengthy coastline. After you spend a few days exploring Macau, Hac Sa is a great place to spend an afternoon. Similar to Jamaica’s Ocho Rios which is a traveler’s gateway to many different experiences and excursions, Hac Sa also has lots of other activities away from the beach. A short walk from the seaside takes you to a neighboring park, food stalls, a picnic area, and tennis courts. Perfect for the whole family, Hac Sa is a great place to bond amid the beauty of nature.

Okay, so it’s becoming a little bit of a cliché to highlight street food at Southeast Asian destinations. By now it’s fairly common knowledge that there are world-renowned street stalls in Singapore that have been granted Michelin Stars. And some would argue that the street fare in Malaysia and Thailand is even better. Cliché or not, however, it’s only right to add Taipa Village in Macau to the list.

This is an area in the city where you’ll find some of the best and most authentic food around. And what makes it particularly interesting is that this food represents both Portuguese and Chinese culture. Be sure to try the pork chop buns, the egg tarts, and a Macau-style waffle!

Scroll through travel pieces here and you’ll find a loving focus on craft beer spots in a number of destinations. They’re just some of the most enjoyable places to spend time when traveling, and often where you’ll get the best feel for the local energy. And sure enough, Macau has just such a spot! While the city is more closely associated with expensive cocktails at gaudy casino bars, the Agora Taproom is a genuine, authentic, craft beer hideaway. It’s exactly the kind of spot many people love to stumble on while exploring a new destination, and a breath of fresh air by comparison to those aforementioned casino bars.

While Macau’s glistening casino metropolis is undoubtedly its most famous attraction, that’s only the tip of the iceberg. For intrepid travelers who want a diverse and culturally rich adventure, Macau is a destination that should not be overlooked.