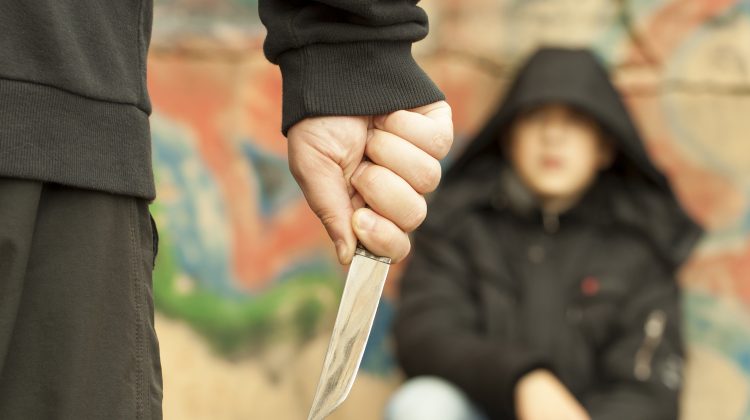 There are three principles of self-defense that are what define the outcome of a criminal encounter: prevention, awareness, and preparedness. If all three of these things are in place, you will invariably come out the winner in a confrontation with a criminal regardless of differences in size or strength.

Prevention Strategies are the easiest and, in general, most effective way of keeping yourself safe in any situation. Criminals avoid situations in which they might get caught, might be seen by witnesses, or in which they will most likely come out the loser in a confrontation.

You can take advantage of this by making sure you are never alone. Seems simple? It is, but it is often ignored to the victim’s detriment. Parking structures (especially at night), office buildings on weekends, and even your own home can become lonely places to be when it’s just you and the criminal.

If you can’t always have someone with you, then awareness and preparedness become that much more important.

Awareness is probably the most-neglected of the three principles of self-defense. Most people have “other things on their minds” and aren’t tuned to the world around them, especially their immediate surroundings. Your perception of this area around you is called your “situational awareness.” If you do not have a developed situational awareness, you are basically blind to the possible threats around you.

Building situational awareness is not difficult, but takes concerted effort to become habit. It involves knowing who is around you at all times, “reading” what kind of threat that person might impose, and “sensing” the motives of those people. Often the “gut feeling” you have about someone is basically correct. Humans have an uncanny ability to read facial expression, body language, and eye movements subconsciously and make fast and accurate assessments of someone’s nature. Listen to this inner voice and heed its warnings.

Preparedness, for many, means carrying a bottle of MACE, pepper spray, or a stun gun in a purseÖ dropping it into a deep cavity and forgetting its presence. When the time comes to use that protective device, you won’t want to have to dig around and fumble inside a deep handbag to find it!

Carrying a handgun, a defensive spray, or a stun gun should mean always knowing where it is, how to get to it without any fumbling or digging, and how to engage your assailant with it immediately. A good defensive spray, for instance, will have molded grips or a thumb operation that allows it to only be used when pointing away from the user (you). A good stun gun will require that you depress an activation switch before it will work (usually as part of the grip). Proper training with your pistol will involve “presentation” and point-shooting.

All defensive items should be checked regularly to make sure they work properly. Defensive hand weapons such as kubotans and batons should be practiced with regularly to ensure that you can handle them well.

In all cases, owning the defensive item is the smallest part of the battle. Having it with you, knowing how to use it properly, and most importantly having the will to use it, are the real fight.

A sample of proper preparedness is: walking through a deserted parking structure, at night, you are continually scanning your surroundings with your eyes, your ears are listening to every sound to hear movement or footsteps, your hand is on your defensive weapon of choice (whether its inside your purse, your pocket, or your lapel), and you are ready, no matter what, to defend yourself against whatever may comeÖ regardless of how unpleasant that task may be. You may go through your entire life and never have an encounterÖ but it’s the one time you won’t expect it that it will happen.

Most criminals have also tuned their situational awareness and can tell when a potential victim is prepared, mentally and physically, to resist and will generally skip that target in favor of another, easier one.

For instance, my wife was hiking with our dog in a nearby canyon on a fairly populated trail. For a few minutes, she was alone, and a man emerged from the bushes. She sensed “evil” about him and turned to face him squarely. The dog, who had wandered off a little, came back and began growling at the man. The man turned and fled. Seeing 90 pounds of bared teeth and tense muscles (not to mention the dog) told him that this was the wrong time and the wrong woman to attack.

At another time, a friend of mine was walking out of her office and into the parking lot, late at night, when a man approached from behind a van. Sensing something was wrong, she immediately turned to face him squarely and clenched her hand in a firm grip around the handgun in her purse. Seeing something he didn’t like (someone unprepared to be a victim), the man abruptly turned and jumped into his van.

In both cases, hearts were racing, adrenaline was pumping, and violence was a definite possibility. But in both cases, both women subdued their fear, were ready for the situation, and had their defensive weapon of choice close at hand. Both women showed strength instead of weakness and both women walked out with nothing more than slightly frayed nerves and a story to tell.

In another situation, a friend’s wife was leaving a mall and looking for her car when a man slid out from between two parked vehicles and demanded her purse. She virtually threw it at him in fear. Seeing this, the man grabbed the purse and then approached her making rude sexual remarks. Another man appeared suddenly and warded off what could have been a very ugly encounter. The criminal got away only with her purse and a few dollars in cash. It could have been much worse. This woman is now a concealed carry permit holder and attends regular self-defense and defensive shooting courses.

So remember and practice the three basic tenets of self-defense: prevention, awareness, and preparedness. Without these, the latest in self-defense technology, the strongest punch or the quickest kick will do you no good. Without these you will become just another victim.

About the Author: Aaron Turpen is the owner of http://www.AWWSecurity.com, a website selling self-defense products and training videos meant for use in the non-Hollywood “real world.”