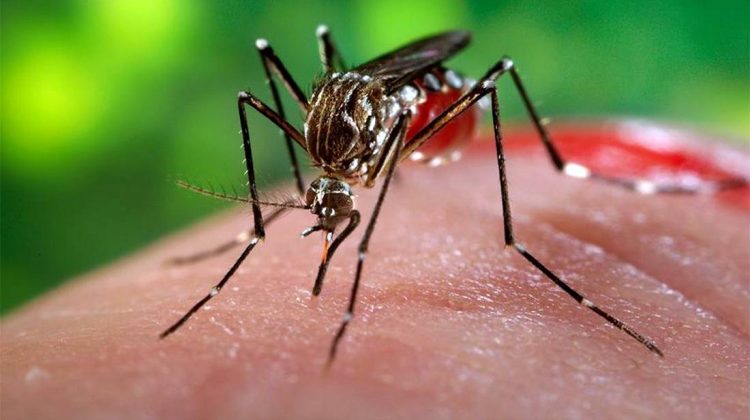 Zika virus prevention is critical with the rapid spread of the virus in recent months. While the Zika virus was discovered some 70 years ago, it wasn’t until recently that the virus got widespread attention. It started with the Pan American Health Organization (PAHO) issuing a health alert in May 2015 of the first confirmed Zika infection in Brazil.

Since then it has spread rapidly, mostly though mosquito bites, throughout the Americas and even overseas. The virus is in the same family as West Nile, yellow fever, chikungunya and dengue. Recently it has been discovered that the Zika virus can also be spread through bodily fluids. According to the World Health Organization (WHO), between January 2014 and February 5 2016, 33 countries have reported spread of the Zika virus and “the geographical distribution of Zika virus has been steadily increasing since it was first detected in the Americas in 2015”. What are the symptoms of Zika virus and how can you prevent getting it?

Most symptoms of the Zika virus seem closer to a flu than anything: fever, joint pain, rash and conjunctivitis (red-eyes), according to the CDC Zika virus page. The symptoms are generally mild that last from a number of days to a week. Severe symptoms that require hospital care are rare. The Zika virus has a high risk of pregnant women giving birth to babies with a defect known as microcephaly. Babies with this defect are born with a smaller, not fully developed brain which is linked to a host of problems dealing with daily life, motor skills, and other disabilities.

It is very important to note that, at the time of this publication, no vaccine exists to prevent the Zika virus disease. As such, it is paramount that you protect yourself first and foremost from getting the virus. The first most important tip to Zika virus prevention is to prevent mosquito bites. That means use a mosquito repellent spray, wear long sleeves, long pants. Whatever it takes to prevent getting a mosquito bite. Make sure you sleep in air conditioned places and that if a window is open, it has a screen to prevent mosquitos from entering. Sleep in a bed that has a mosquito net over it. Mosquitos that spread the virus mostly bite during the day but that is not to say that you should let you guard down at night.

The CDC has published more Zika prevention guidelines on their website. There are also important tips on how to use an insect repellent spray. For example, you should only use an Environmental Protection Agency (EPA)-registeredinsect repellent spray and never spray on your skin that will be under clothing, only exposed on skin.

As already stated, the Zika virus can also spread through bodily fluids of an infected person which can be most commonly contracted through sexual activity. CDC has also published Interim Guidelines for Prevention of Sexual Transmission of Zika Virus.

If You Think You Have the Zika Virus

You will experience some discomfort for a short period of time, usually for about a week or less. During this time make sure you get checked out by a doctor for the Zika virus. Get plenty of rest and drink lots of liquids to prevent dehydration. You can take acetaminophen found in over-the-counter medication such as Tylenol to help reduce fever and pain but do not take aspirin or other nonsteroidal anti-inflammatory drugs. If you are already taking medication for another condition, check with your health care provider before taking any new medication. Avoid spreading the virus by avoiding mosquito bites and any sexual contact with another person during the first week after contracting the virus.

Here is an infographic with Zika virus prevention guidelines: